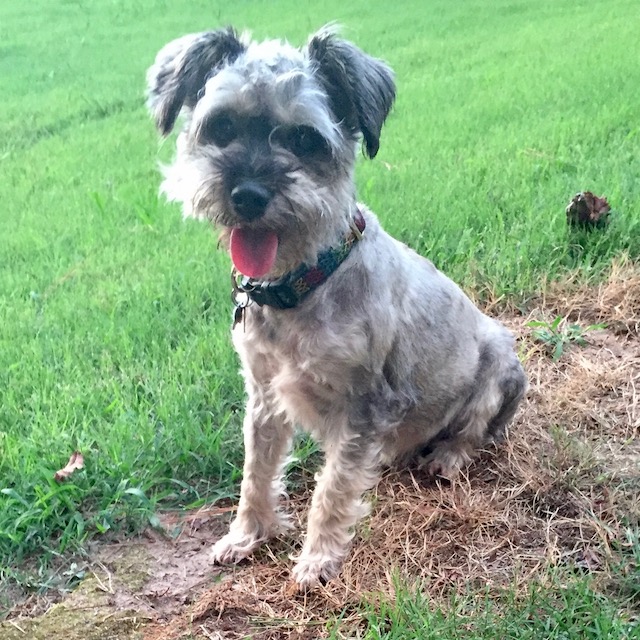 Last week we had to say goodbye to our nine-year-old Miniature Schnauzer, Blitz.

She was such a sweet, playful dog. She always had a confused-but-curious expression on her face, and big floppy ears. She always pranced when she walked around outside.

Many mornings, we would wrestle. She would pose in front of me as if she was going to pounce, then I would lightly grab one of her hind legs, then she would playfully bite at my hand, and I'd flip her over onto her back, and she would spin herself back to her feet, and we'd do it again and again. Eventually she would get bored with that and run around the room, trying to get the other dogs to chase her.

She was an explorer. She often found her way out of our yard, and we would have to go around the neighborhood shouting her name until she decided to come home. She would dutifully follow us around, but if we put a leash on her she would just sit and refuse to move. 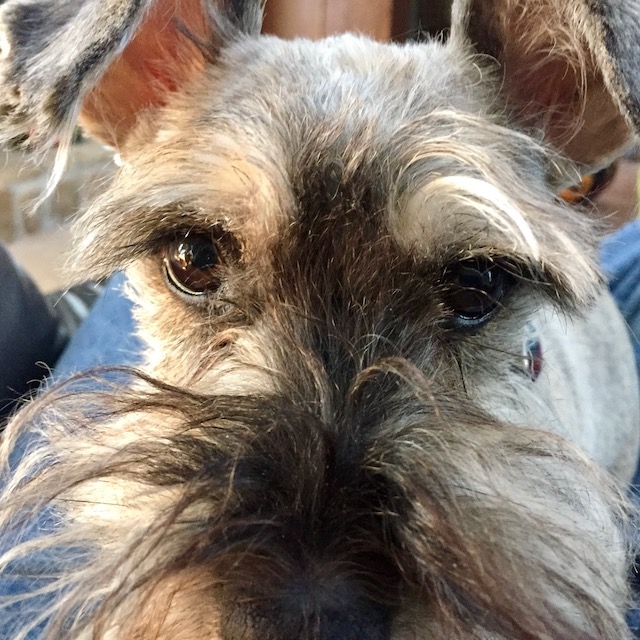 A couple of months ago, we noticed she was losing weight. We tried a few different foods, but she wouldn't eat much. We took her to the vet, who did blood tests and x-rays, but he couldn't identify the problem. He suggested a specialist, who did an ultrasound. He gave us the bad news: Blitz had tumors in her stomach and liver, and they were too large and widespread to be removed.

There were some treatments available that could have prolonged her life by a few months, but we didn't want to put her through that. At that point, she was still running around chasing squirrels and barking at birds, so we decided we would do what we could to keep her happy and comfortable as long as we could.

Our dogs are all around ten years old, so we knew we'd have some sad times coming up, but this happened too soon. I am grateful that we had a few weeks knowing what was coming so we spend all the time we could with her. We will miss her.