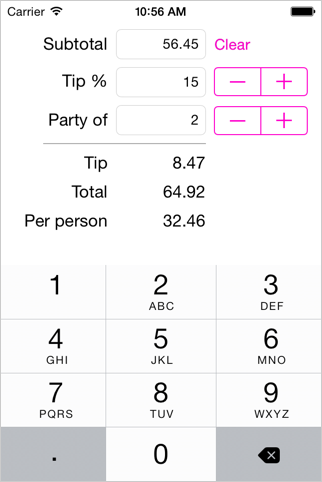 As an experiment in using Apple's new Swift programming language, I whipped up a simple tip-calculator app for iOS 8.

In addition to using Swift, the app also uses an embedded framework, which is a new feature of iOS 8. The framework contains functions and classes for converting between numbers and text, and it might be useful in other apps.

Source is available on GitHub: https://github.com/kristopherjohnson/KJTipCalculator

If you actually want to use this app, you'll have to build it yourself. But if you have iOS 8 on your phone now, you should know how to do that.