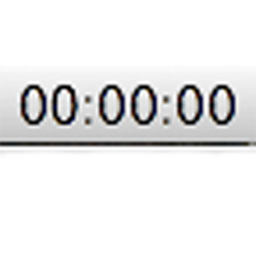 For version 1.2, I wanted a better icon. I thought an hourglass would be a good symbol, so after a few hours of looking at images on the web and dinking around in Photoshop Elements, I wound up with this: 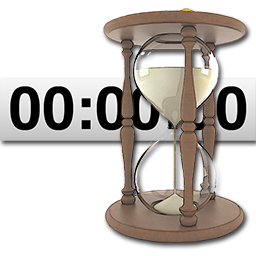 I'm was very happy with it. Unfortunately, the hourglass image is based upon a photo I licensed from iStockphoto. iStockphoto considers an application icon to be the same as a logo or trademark, and such usage is expressly prohibited by their licenses. I'm not a lawyer, but I assume this is to prevent someone from putting a stock image into a logo and then suing all the other users of that image for trademark infringement.

So, I again went to the web, to look for public-domain images I could use. I eventually wound up with this: 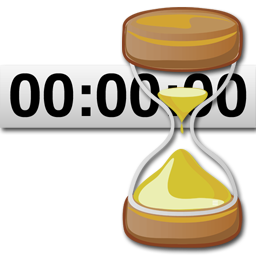 I don't like it as much as the last one, but I've decided I've spent too much time on my application icon, and not enough time on making the application better, so this will be the icon for version 1.2. Maybe I'll revisit it for the next version.

I remember the good old days when a Macintosh application icon was a 32x32 black-and-white bitmap. Those were pretty easy for a non-artist like me to create, using simple tools like ResEdit. Now, this stuff is better left in the hands of professional designers, but Menubar Countdown is free, so I trust users will be satisfied with my amateurish effort.

If there are any real designers out there who would like to give me a better icon, I'd definitely appreciate it.