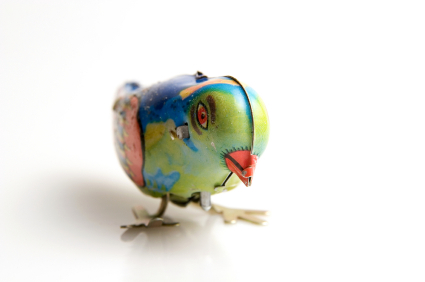 Twitter is getting a lot of attention from the mainstream media. A lot of people are trying it out, but they don't understand what they are supposed to do with it, they don't see any value in it, and they give up quickly.

Many people fall into the trap of thinking of Twitter as a "social network," and so they just follow their real-world friends and people they would like to meet. Unless you have exceptionally interesting friends, this is not going to give you a good Twitter experience. Steve Lawson explains it better than I can: Twitter sucks, so change your friends.

Be very selective about who you follow. Don't just follow your friends or celebrities. Follow good writers, especially those skilled at brevity. Comedians and comedy writers are often great tweeters, as jokes fit well in this format. However, don't count on your favorite comedian being a good twitterer: many use Twitter only to plug their appearances or DVDs.

Note that if you follow too many people, other Twitter users will assume you are a spammer or other not-really-serious user, and will ignore you. Being selective is an important part of finding the right "community" within Twitter.

Many Twitter users complain because nobody is following them. Don't expect people to follow you, unless you create really interesting tweets. Nobody cares what you had for breakfast or how long your flight has been delayed. And don't expect celebrities to respond to your messages: they have so many followers that they can't possibly pay attention to what the followers say to them.

For suggestions about how to recognize and create good tweets, see this Washington Post article: Short(est) Stories: The Art of Twitterature Means Making 140 Characters Count.

If you have a group of friends or co-workers who keep in touch via Twitter, that's great. But for most of us, Twitter is best used as a read-only medium. Leave the writing to the people who have something to say, and otherwise just enjoy it.